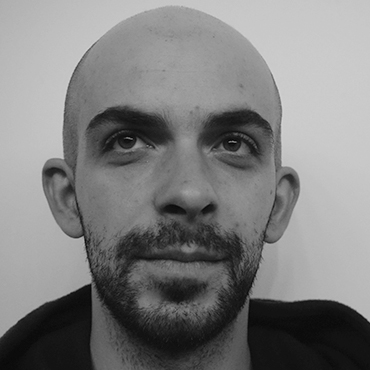 began his professional training at the Budapest Contemporary Dance Academy, after which he completed a two year training program at P.A.R.T.S in Brussels. Soon afterwards he joined the Italian dance company Compagnia Virgilo Sieni, and in 2010 he became a member of a Hungarian company called Hodworks. Besides, his active dance presence is constantly involved in different artistic collaborations and creates his own works as well. As an independent choreographer he has worked in association with Dèparts European network project, Trafò House of Contemporary Arts, Sín Cultural Centre and Katlan Group. As an artist in residence he worked with the students of Hungarian Contemporary Dance Academy and created commissioned works for EN-KNAP Group, TanzMainz and Studio Alta. He is co-creator of pieces that have been granted the annual Rudolf Lábán Prize for the best contemporary dance performance of the season: Bloom!: City (2011), Hodworks: Base Danse (2012), Dányi-Molnár-Vadas: Skin Me (2014), Hodworks: Dawn (2014), Sildenafilfairy: Tropical Escape (2016), Hodworks: Grace (2017), Cuhorka-Molnár: Masterwork (2020). His works have been selected by the Aerowaves European dance network for their annual showcase of the 20 priority contemporary dance performances.