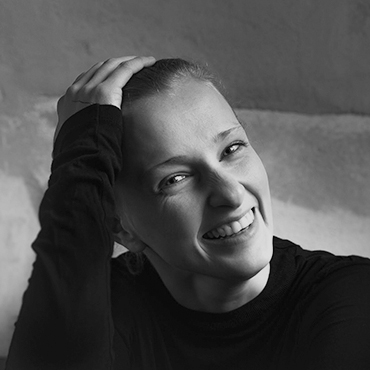 started her dance career in a ballet school at the age of 5 and continued her education as a contemporary dancer in a school of contemporary dance with support of the Centre of Contemporary Art in Yekaterinburg (Russian Federation). While studying, she discovered many dance techniques including martial arts and yoga. In 2004 she performed a solo made by L. Aleksandrova at a competition of contemporary dance in Seoul (South Korea) and became a gold medalist. After her graduation from the Theatrical Academy in 2012, she was part of ‘Chamber Ballet’ Moscow (Russia).

Artistically, she is working with the choreographer, filmmaker and photographer Wim Vandekeybus and is a member of his company Ultima Vez since 2012.
She has offered an extensive amount of pedagogical activities, across Europe and Russia, through movement workshops, company classes and training programs.