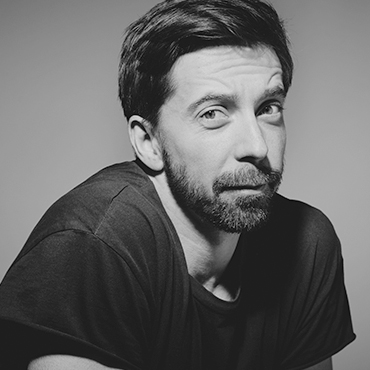 is a Hungarian choreographer, dancer and teacher. He started his movement and artistic studies in 1995 and graduated from the Hungarian Dance Academy in 1999. After three years at the Szeged Contemporary Ballet he has worked at various European companies – Carte Blanche (Norway), Lanònima Imperial (Spain), Última Vez (Belgium).

Upon returning to Hungary in 2014 he created his work Hinoki, which premiered at Trafó House of Contemporary Arts. His next full evening show, titled United Space of Ambivalence, with five dancers premiered in 2018 also at Trafó. His recent piece is a trio titled Mechanics of Distance with three dancers. He is a regular guest choreographer of various European dance and theatre companies and teaches partnering extensively. Pushing physicality to its limits in his choreography, Mészáros regards the body as a structural phenomenon.